OLEMA, Calif. - We dusted off The Red Writer last weekend for a three-day sojourn to Olema to camp and celebrate The Biscuit's birthday.
He was one-year-old Saturday and celebrated at a party at the Olema Campground in the company of maybe 100 people.
OK, they didn't all come just for his birthday. It was a Northern California T@B Rally, a gathering of folks with T@B trailers like The Red Writer. 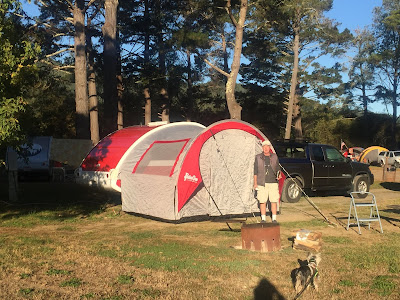 Admiral Fox, The Biscuit and I toured a dozen other trailers and found all kinds of neat RV hacks to make things more comfortable.
Perhaps the biggest single thing was finally getting courageous enough to put up the tent that affixes to the outside of the trailer. Since buying The Red Writer, a dozen tales of mishaps from T@B owners had made me hesitant to try it. But with about 30+ T@B trailers there - a half-dozen of which sported similar tents - we knew we had plenty of backup to make it work. 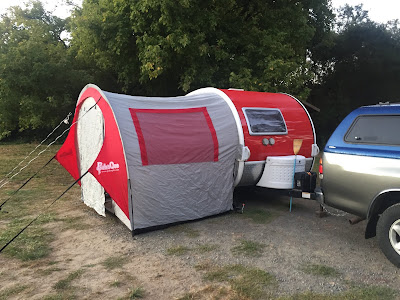 As it was, it took just the two of 20 minutes at the most. And it was easy-peasy.
That might have been because: A. Admiral Fox and I have decades of sailing experience doing similar things and B. The Admiral read the instructions.
The tent has more square footage than the inside of the trailer. And it is a game changer. Of course, we need accessories now for inside the tent. (I'm pushing for a wine rack.)
The Biscuit proved that he loves the outdoors a lot more than our Point Richmond condo. He scampered hither and yon the whole time. And as part of our weekend, we took him out to Limantour Beach on Point Reyes where he chased birds and ran like the wind for an hour.
We hope to get The Red Writer out for another foray in a week or two before the rains set in. But if they do, well, we have tent in addition to a trailer now. 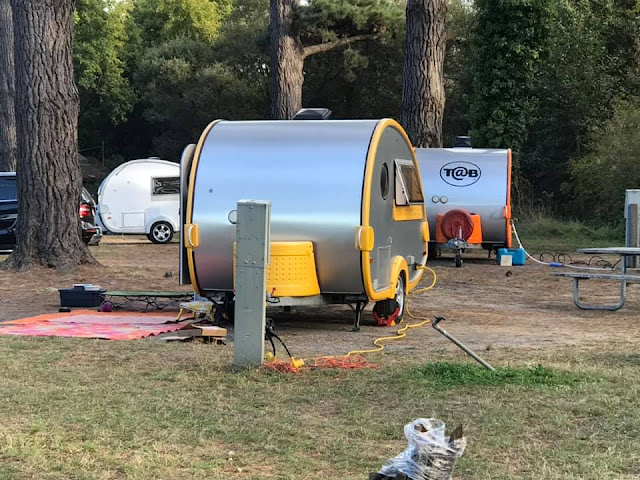 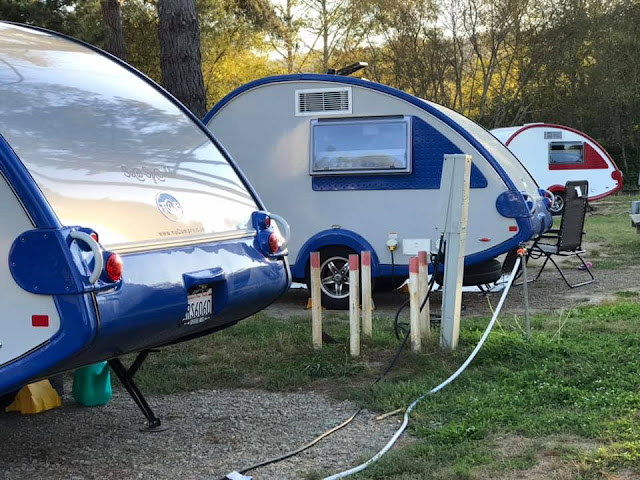 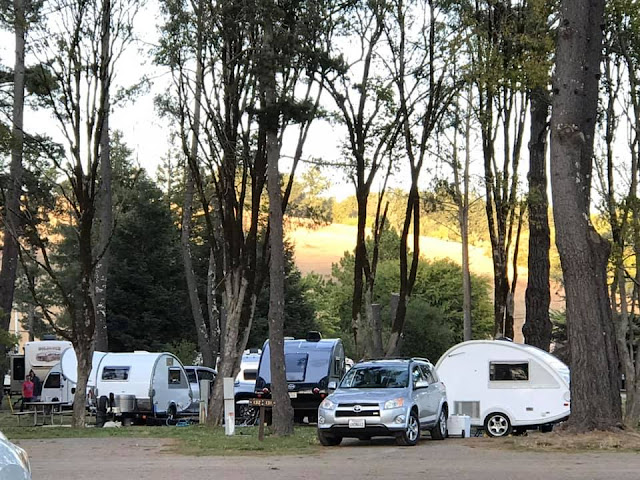