Leaving Green River - which could be renamed 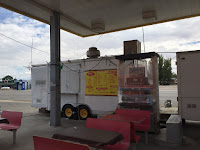 GREEN RIVER, Utah - The state park here is probably the cleanest and best kept of anyplace The Red Writer has landed since leaving Watkins Glen.
The Green River, right now, is anything but green. Rains up in the mountains seem to have washed down enough silt to suggest renaming it Little Muddy.
But as nice as the park has been there was one major, major disappointment.
A fabulous Mexican food truck/restaurant a block away was closed. Again. When Admiral Fox and I came through in June it was closed, too... Santo Crappo. Mille fois merde!
Still, I was able to put together a quick stir fry with provisions 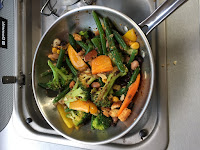 already on board. Plus, the last of the wine I bought in Glenwood Springs - which the clerk said they called 'Liquid Crack' - made for a nice end-of-the-day cocktail.
Off to Ely, Nevada for tonight's lodging. I had wanted to stay in a small RV park next to the Prospector Casino. But, alas, it was torn down this April to make way for a Holiday Inn Express.
No kidding, a Holiday Inn... Instead I'll be a little out of town and way from the gambling tables. Probably a really good thing. 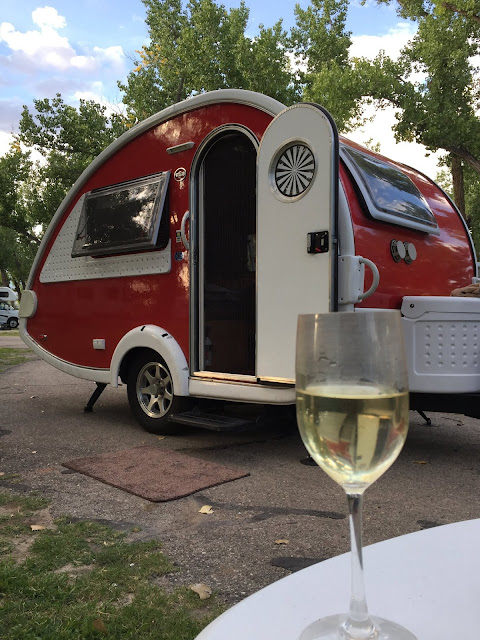 Posted by Michael J. Fitzgerald at 7:33 AM