Trying to see the landscape - while driving 60 mph 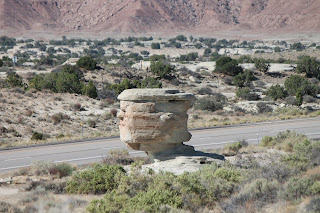 WESTERN UTAH - The ride from Green Valley, Utah through the mountainous region on the way to Nevada is full of amazing geological formations.
Just amazing.
Equally amazing is that the State of Utah has dozens of scenic pullout areas - complete with primitive bathrooms,
After trying to take photos though the windshield while catapulting down the highway, I surrendered and stopped to take in the beauty in real time.
Breathtaking doesn't cover it.
And yes, dragging The Red Writer I drive 60 mph on the highway... Saves a lot of gasoline. 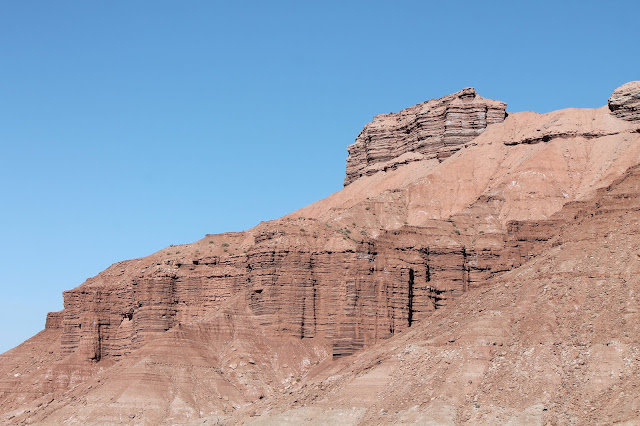 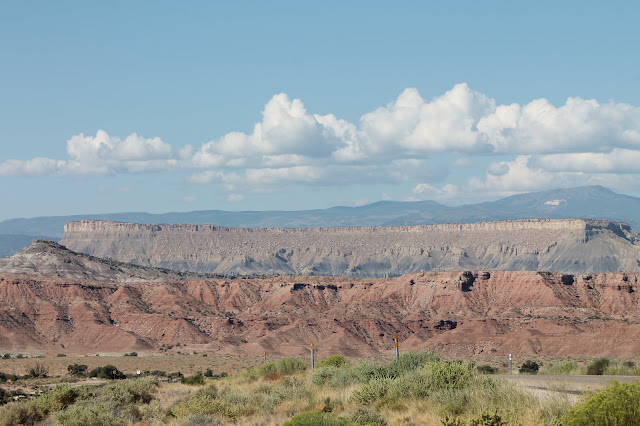 When you drop down out of the mountains, you hit several small towns, including Delta, Utah where Admiral Fox and I have stopped at a small RV park several times. 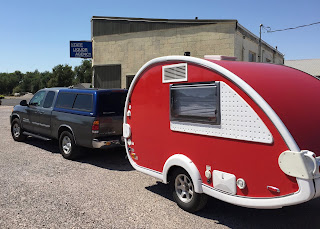 This time though I was moving fast towards Ely, Nevada (where I spent last night). But I needed to stop for gasoline, food, ice (for the Yeti cooler!) and wine.
As luck would have it, next to the only liquor store for probably 200+ miles was a food truck staffed by a Mexican family.
And it was open! Woo-hoo!
And just across the street was a large grocery store that - gasp! - actually sold blocks of ice. Blocks of ice are nearly as hard to find on the road as, well, wine in Utah. The block I purchased will get me all the way home to Point Richmond. 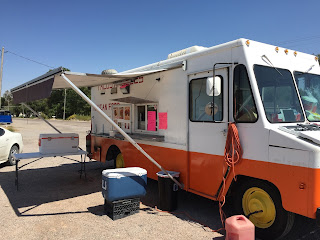 I passed another cultural marker at the Utah-Nevada border that's a popular stop for people after crossing the extreme western Utah Desert - the Border Inn.
The iconic business is a combination gas station, restaurant, bar, motel, casino and RV park.
It also functions as a sort of social club for the relative handful of people who live in the high desert region around it. Lots of characters hang out at the bar.
Because my gas tank was near the top, the wine and food lockers filled and a deadline to get to Ely to grab my RV space to park, I didn't stop in to chat with the locals this time. Next time I will time it better.
But I did snap the photo below so anyone traveling in either direction will know what to look for.
At 80 mph (the Utah speed limit) or 70 mph (California's legal marker) you can blow by the place pretty quickly.